Now, that’s what will sound like gibberish that you’ll hear Access Facilitators say and there’s an explanation that may make better sense to your cognitive mind, but you know what…you don’t have to understand it because the clearing will work anyway.

It’s short speak for pages and pages of questions that are condensed down into this brief statement. Just say this smaller statement that stands for all the other stuff. It is designed to bypass your logical mind. It is tapping into the unconsciousness that is keeping you stuck in the part of reality that you are looking to change.  Asking questions are designed to bring up the energy of limitation and judgment and then the clearing statement can release that energetic stuckness and give you more awareness, space and more ability to function from consciousness.

The Access Clearing Statement™ is used to undo the positive or negative charge that holds limitation in place.  Asking questions bring up a certain energy and then the statement shifts the energy and allows space for another choice and another possibility to show up.

You might notice that when you hear a facilitator run a clearing statement; you feel a wave, a breeze, a shiver or you get sleepy, or spacey and can’t comprehend. I tend to yawn…a lot.  It moves through you and then you notice an expansion and a greater awareness.

Much of what we would like to change is not cognitive or logical; it is created and held energetically. Take a moment to recall a time when you got really angry about something without being clear about the logical reason… was it actually an energy you were aware of?

Many modalities clear the limitations built around words. The Access processes clear the energy underneath the words.

The beauty, magic and potency of the Access Consciousness Clearing Statement™ is its capacity to clear the hidden stuff that you aren’t even aware of that is keeping you stuck! So, you don’t need to go through the pain, suffering of reliving a situation to clear the charge on it. How does it get even better than that?

When you ask a question or think about something that is limiting you or not working for you, there is an energy that comes up. It’s a lot like defragging a computer. The energy comes up, you run the clearing statement and then you have a whole lot more space from which to create anything you choose.

This is what the shorthand stands for:

POC
Is the point of creation of the thoughts, feelings and emotions immediately preceding whatever you decided.

POD
Is the point of destruction immediately following whatever you decided. It’s like pulling the bottom card out of a house of cards. The whole thing falls down.

All 9
Stands for nine layers of crap that we’re taking out. You know that somewhere in those nine layers, there’s got to be a pony because you couldn’t put that much crap in one place without having a pony in there. It’s crap that you’re generating yourself, which is the bad part. You created it, you can change it.

Boys
Stands for nucleated spheres. Have you ever been told you have to peel the layers of the onion to get to the core of an issue? Well, this is it—except it’s not an onion. It’s an energetic structure that looks like one. These are pre-verbal.

Have you ever seen one of those kids’ bubble pipes? Blow here and you create a mass of bubbles on the other end of the pipe? As you pop one bubble it fills back in. Basically these have to do with those areas of our life where we’ve tried to change something continuously with no effect. This is what keeps something repeating ad infinitum…

Beyonds
Are feelings or sensations you get that stop your heart, stop your breath, or stop your willingness to look at possibilities. It’s like when your business is in the red and you get another final notice and you say argh! You weren’t expecting that right now.

And sometimes we just say, “POC and POD all that.”

Now that you know about the Access Clearing Statement™, the next step is to learn more about how to use the audio processes and loops so you can start to destroy and uncreate your stuck points of view and limiting beliefs holding you back.

Thousands of people listen to Access Consciousness on their Voice America Empowerment Radio Show every week where Dr. Andrew Gardella hosts and uses the Access Clearing Statement™ and listeners receive the processes for free weekly on the air.   The show airs every Thursday at 2pm Pacific / 5pm Eastern and you can now receive a Pearls of Possibilities membership for $20/month that sends you the audio recordings of each show's processes so that you can receive deeper change and greater possibilities. It's a great place to start! 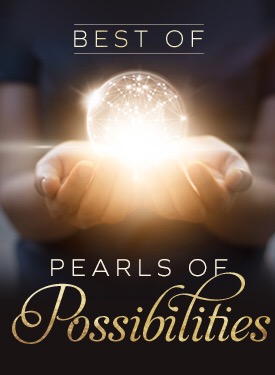