The most important shift in your quest for receiving wealth will come once you achieve wealth consciousness. You will learn that money is merely a form of energy exchange which represents the internal value that we put on things. Our internal beliefs and subconscious thoughts dictate what kind of experience we have with money.  Read more in this article about what money really is. 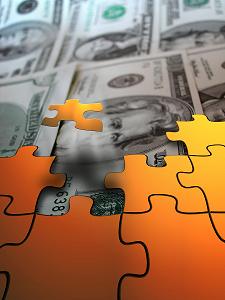 I've learned that your internal belief system about wealth is probably the main thing that is keeping you from it.You have learned beliefs which have created how you feel "wealth happens" and that can block the flow of wealth to you. Some people believe that hard work is the only way to get wealthy. Other people are waiting to win the lottery. Some people just don't believe that wealth is theirs to have, that they deserve wealth, or that it's wrong, bad, or not spiritual to be wealthy. These are all faulty and limiting beliefs that you have learned throughout your life.

Until these are addressed, it is physically impossible, in accordance with the Universal Laws, to achieve lasting wealth if we are not able to achieve and sustain our internal vibrational frequency of love or above.

Here is another interesting article which illustrates examples of the development of wealth consciousness throughout history.

We are now starting to see the science of how wealth comes into our lives. Understanding the science behind how you create your experience will then help you to know how the energy of money flows. Once you get a basic understanding that everything is energy and how your thoughts and feelings are so powerful and why when you learn to work with their underlying energy that is what will allow for very real shifts in your experience.

Why do some millionaires go bankrupt and quickly gain it all back when people who win the lottery so often wind up losing it all?

The answer is: The millionaire never lost his/her internal high vibration of wealth...they just lost their money. They never stopped being wealthy, thinking wealthy, speaking wealthy, and acting wealthy. The millionaire has a natural wealth consciousness because that's who he/she IS based on what they have learned from their parents, their programming and experienced in their life.

On the other hand, if you don't feel wealthy and instead, are a person who worries about money or has learned to live in "lack consciousness", you could be handed millions of dollars by the lottery and it'll be gone in a year. You might actually be worse off than when you started which is the story we so often hear.

Those winners weren't wealth conscious and couldn't maintain that level of wealth. Even though they of course were thrilled to have won the money, there is likely some source of unconscious fear attached to it; now having to make big financial decisions, fearing losing it, or it creating conflict with others. All these things were WAY out of their comfort zone and affected their experience.

Another way to say it is that they have a low prosperity set point or ceiling. I learned much more about this concept from an incredible mentor who showed me how to increase my set point with simple energy exercises, her name is Margaret Lynch.

Ok, now think about your own thoughts about money and see if your reality doesn't reflect those thoughts exactly. Dig deep because these patterns, programs and vows often go way back into your childhood years.

I found it liberating to actually realize that my own limiting beliefs about wealth (and the ones I bought into from others) had everything to do with my current money situation because what quickly followed after that was access to the tools that would change it.

One of my resources are the video trainings by EFT Expert and Success Coach Margaret Lynch.  She is among a handful of others who have given me the tools that have shifted my abundance and prosperity consciousness.

Work on building your wealth consciousness and eliminating your limiting beliefs about having & not having money. By doing the work, you will continue to create shifts that will bring you closer to your natural abundance.